E-Commerce in Europe and Ireland

Even as far back at 1997, specialised online retailers have been making money (The Economist). They have been so successful because they are easy to use, offer multiple products or services, and have strong brands: Amazon is the most famous (and prosperous) example.

Selling products online has since become a staple, especially in the American economic culture. The European e-commerce market is a slightly different beast—it is, by nature, more fragmented.  With 742.45 million people, and over 76% of them online, European online retailers have a large population to interact with (Ecommerce News).

In Europe, over €392 billion was spent in 2013 (Ecommerce News). While language and consumer cultures may be different, people across all countries shopped for similar products, the most common being clothing and footwear, books, and home electronics. 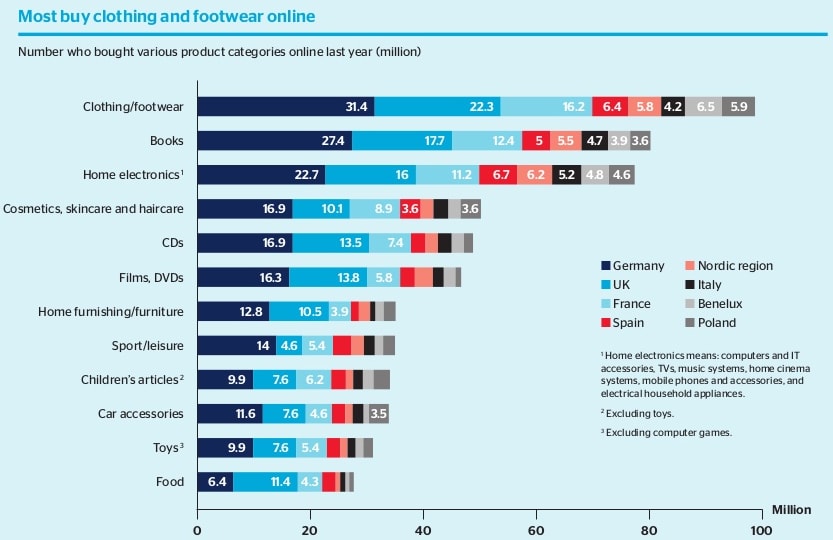 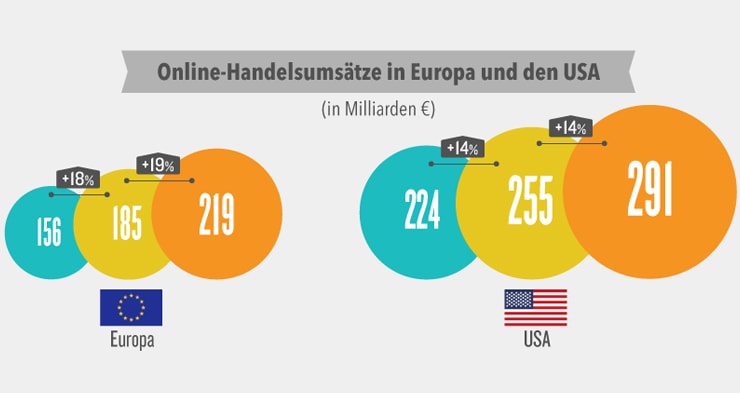 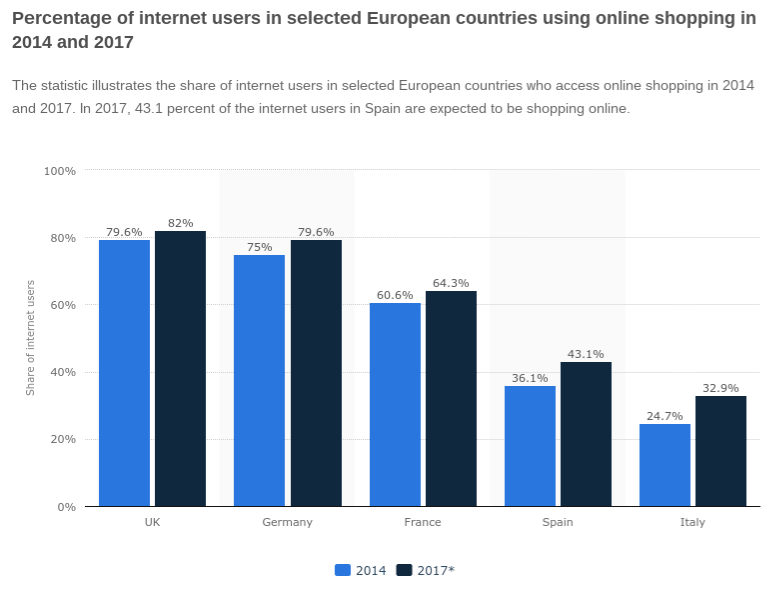 Without a doubt, e-commerce is going to continue to flourish. Its speed and ease of use make e-commerce a more convenient option for most consumers. Now when people enjoy a shopping experience, they can bookmark a page, recommend it to their friends and family, and increase your consumer base.

In 2013, Irish online consumption grew 25% (Wolfgang Digital) and according to Eurostat, in the last quarter of 2014, 43% of Irish internet users made an online purchase (Smart Insights).

2.6 million people in Ireland are regular online shoppers and last year 43% of Irish consumers bought at least one thing online. Between 2011 and 2012 there was a €1.14 billion increase in online expenditure in Ireland. However, 75% of that went to companies outside of Ireland (Digital Times). According to EuroStat, that means €98 leaves Ireland per second (Digital Times). As the number of people who shop online in Ireland grows, the difference between the amount they spend online versus at bricks and mortar enterprises will increase. 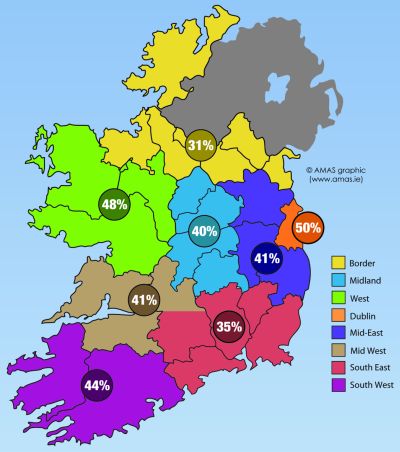 “The online retail market is set to grow to €21 billion by 2017, there has never been a more crucial time for Irish retailers to act and win back market share from international online retailers that are dominating this space,” says Michael McCormack of eMark.

Ireland is a great place seeded and ready for e-commerce, especially for Irish companies.

Are you taking advantage of the e-commerce boom? If not, you should be. Contact exSite to improve or start your e-commerce site today.